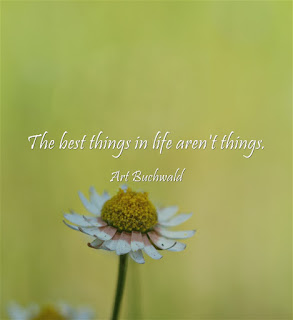 Continuing on the generosity theme for the month of December, this quote is our "Thought for the Week".  As we approach the Christmas holiday, most of my students are wrapped up (no pun intended) in what they are getting for Christmas and in shopping for gifts and outfits for the upcoming celebrations.  After posting this quote, I asked my classes about special holidays in their native country and/or families where gifting is expected. Students talked about Hindu religious festivals, New Year's Day, Three Kings Day and certainly Christmas.  I went on to ask them about the most meaningful gift they had received on any of those special days.  Their responses were all similar:  clothing, food, electronics, books, toys...all tangible gifts.  I then referred back to the quote on the whiteboard and asked them to think about intangible gifts. None of them had considered intangibles as gifts. They had to think hard and but then again so did I.  It's been years since I was a teen, but my response to a question about the most meaningful gift would not necessarily lead me to think of anything expensive, but it certainly would be tangible.

As my first block class came to a close, I posted the quote on this page, saved the draft and decided I would later write something. First, I didn't have time, but furthermore, I needed time to ponder on this question.  A few hours later, school was dismissed and I went on my phone to check out the latest Twitter feed.  A post by @BarbaraGruener about the "gift of memory" caught my eye and I clicked to read her blog.  She wrote about "an interesting reflection opportunity" one of her connections, parenting expert Annie Fox, had posed as she was preparing to write an article. This opportunity came in the form of the following prompt "Recall a meaningful gift you received as a child.  What comes to mind and why was it so special to you?"  Read Barbara's blog post here.  Before I write my response, let me say that after participating in two blogging challenges, I miss having prompts to stir my thinking, so I appreciate the question.

My most meaningful memory is of a bicycle "Santa" left for me when I was eight years old.  What's so special about a bicycle you might ask.  Well, you see a couple years before, my dad, the main breadwinner at the time, was involved in a horrible construction accident while building the second floor of a skyscraper in Miami.  He fell 19 feet head first and thankfully his hands hit the ground first, sparing his life. Recovery from this accident was lengthy and because of numerous therapies and surgeries, he didn't get back to significant full time work until three years later.  A few months after that Christmas, one of my classmates dropped the news that Santa didn't exist and it was our parents who bought our gifts.  That didn't seem possible to me in light of my parents' financial situation.  We were poor, but also proud and thanks to my dad's frugality, we lived off savings and my mother's measly income. When I confronted my mother about Santa, my first question to her was "How were you able afford my bike?"  I remember the emotion, not so much at the disappointment of Santa not being real, but at my parents' selflessness.  They gave up much that Christmas so I could have that bike.

Many years have passed and many more gifts were exchanged, but the greatest, most meaningful gift my parents gave me was their example.  My daddy has passed and my mother is aging and not shopping much anymore, but their selflessness, generosity and kindness is a gift that keeps on giving. One that I hope to pass on to my own children.

May the giving spirit of the Christmas season remain in our hearts all year long.

#BestYearEver
Posted by Unknown at 6:00 PM