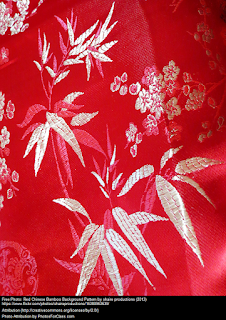 May is Asian-Pacific American Heritage Month and as multiculturally-inclined as I am, I fully
embraced it and made it my theme for the month of May.  At the beginning of the school year as I was planning lessons for Hispanic Heritage Month, I wondered if there was a commemorative month for Asian Americans.  So I turned to Google and sure enough I discovered that May is Asian-Pacific American Heritage Month.  While Hispanics make up the majority of my ELLs, I do have a handful of Asians and recognizing their ethnic group's culture as well as their contributions to our country is definitely cause for celebration.  Most of us think of celebrations as parties, foods, games, shows or assemblies. All that's great and there's place for it, but honoring a heritage is so much more than that.

As we seek to address the needs of the whole child, it's crucial to acknowledge and celebrate our students' culture and ethnicity, as for many of them it is at the heart of their identity.  We honor our students by being culturally aware as we go about planning units of study, crafting questions, selecting reading materials and planning projects.  While dropping a foreign sounding name in a math word problem or by reading about Rosa Parks during Black History Month is great, that's surely not enough. When using analogies to explain a concept, make sure it is something they have been exposed to. Better yet, provide examples of situations they can relate to and that honor them and their heritage. And this isn't solely done during one month of the year, this must happen year round. For example, when reading about the new year, read about traditions around the world and give everyone a chance to share.  Their input in invaluable and not only to them, but to all of us.  Furthermore, we must avoid stereotypes at all cost. Cultural, linguistic and religious differences exist not only among ethnic groups, but also among individuals of the same nationality.  So, never assume anything but instead take a back seat by asking questions and letting kids share. This not only engages our learners in constructive conversations, but it also celebrates and validates cultural differences.  Like a great salad, it's so much better when it's more than just lettuce and tomato.

So back to Asian-Pacific American Heritage Month.  On Friday, May 1st, I announced the commemoration to my ESL classes and took them to the Asian-Pacific American Heritage Month's website.  Not a single one of my students knew about it.  While the celebration was purely academic in nature, I can still call it a celebration because it generated a great deal of engagement, positivity and validation in all students, not just those of Asian heritage.  Here's some of what we did in class this past month.

As May comes to a close and I reflect on this month, I think next year I need to add some food to the mix.  After all, a celebration is not complete without the eating component. However, my aim this time around was to simply acknowledge and validate the Asian ethnicity and the huge contributions they have made to this great country.  As I have stated many times, it is in learning about one another that we discover more about ourselves and we realize that we are so much more similar than we are different.

We are less than two weeks away from the end of year and crazy at it seems, I'm already looking forward to next year.

#FinishStrong #BestYearEver
Posted by Unknown at 12:26 PM No comments:

Eat and Be Merry 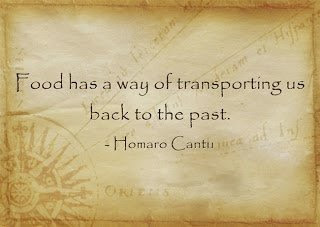 We are not quite at the end of the year yet, but one of my high schoolers returned to his homeland last weekend and so last Thursday was his last day in ESL class. In preparing for his last week, I had planned to make #FoodFriday the topic of our weekly Show & Tell, but when I got word that he would not be in class on Friday, we moved it up.  There was no way that I was going to give up an opportunity to present food, and most importantly eat.  I love to eat...no, I live to eat.  I will try anything that's edible and unfortunately have the figure to show for it.

You may have heard the line "a way to a man's heart is through his stomach".  In reality, it's a way to anyone's heart and certainly works wonders for students.  Eating isn't merely nutritional intake, but it is certainly a profoundly social activity.  Generally speaking, food is shared.  We have family mealtimes, we gather with friends and coworkers for lunch and/or dinner. When a neighbor stops in, we offer them something to eat or drink.  Food is therefore symbolic of friendship and belonging. Likewise, school is extremely social.  In order for students to excel academically, we cannot ignore the social aspect of the school experience and since food brings people together, why limit it to the cafeteria.  Snacks, even candy, serve as a wonderful extrinsic motivator. Sharing a meal as part of a lesson will not only motivate, but it will capture their hearts and minds. Now I'm fully aware of the sanitary reasons why it's better to eat in the cafeteria. Nevertheless, food encourages peer interaction and builds camaraderie, all the while covering essential academic standards.

In a culturally and linguistically diverse class as ESL, food can also serve to unite the students. As we sent our student off, each class member was asked to bring a typical food to share with class. Because it was our weekly Show & Tell activity, learners stood up and presented the item/dish, ingredients, preparation and any other relevant fun facts.  I often make my presentation a day or two prior in order to model what is expected, but for this one, I waited until the day of.  As in other presentations, students were expected to ask questions-and there were quite a few-but they were very eager to eat, so most of the questions came during and after the food consumption.

In sharing our favorite dishes and tasting new ones, we learned much about one another and also ourselves. In learning about the ingredients, spices and preparation, we ventured into the unknown only to discover the familiar in what appears so utterly different.  Tasting foods we ordinarily would have never tasted enabled us to find many common threads. For example, as different as Laotian, Indian and Mexican foods appear, many of their dishes are very spicy and some of the ingredients are the same.

I brought in some delicious guava and cream cheese Cuban pastries which were perfect for an early morning snack.  I don't eat those much anymore and sharing them with my students, brought back childhood memories of grandfather's visits on Sundays with a box of pastries in hand.

This was one of the best days this year and I can't wait to do it again. Lesson learned: the way to a student's heart is through his or her stomach.  So let's eat and be merry!


#BestYearEver
Posted by Unknown at 8:55 PM No comments: 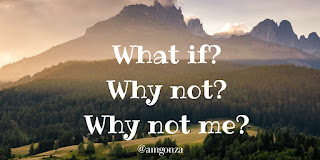 I've recently started to make every Wednesday #WhatIfWednesday, thanks to an idea I took from Sean Farrum (@magicpantsjones) and others in my PLN. I think most of you will agree that real growth lies in asking the right questions rather than obtaining the right answers.  Rote memorization and passive learning may result in a passing score, but life is much more than a grade.

As National Poetry Month draws to a close, I'm feeling inspired.  First, I'm inspired by my ELLs who so eloquently expressed their thoughts through poetry all month long. Poetry writing was a huge stretch for them and despite some of the whining, I would say most, if not all, are very proud of their work.  I am also utterly inspired by my PLN on Twitter and Voxer.  Being a connected educator is very time-consuming, but every comment I listen to and every post I read cause me to reflect on my own teaching and learning, challenging me to explore new horizons and reach new heights both professionally and personally.

For this week's #WhatIfWednesday, my middle school students wrote "What If" poems (with the help of one of the forms on the Instant Poetry Forms website) and they inspired me to write my own.  Here it goes. Enjoy!

What if the world saw kids through our eyes?
Will they see successes in disguise?
What if they saw diamonds in the rough?
Will they know capturing their hearts is not just fluff?

What if the focus was not on the test?
Would it be enough to just do our best?
What if there was really nothing to measure?
Will we ever find that hidden treasure?

What if we could tear down classroom walls?
Would we teach at the beach or at the mall?
What if the computer could take the lead?
Would it make teachers obsolete?

What if we stop trying to find fault?
Would we find a remedy and stop the verbal assault?
What if differing viewpoints we could try to see?
Would we agree to disagree?


What if we taught kids to care for the least of these?
Would it be as important as learning ABC's?
What if we stopped asking the hard questions?
Will we address the issues of education?

What if we stopped asking why?
Would we really turn a blind eye?
What if everyone could catch a glimpse into our world?
Will they be able to see that precious pearl?

#BestYearEver
Posted by Unknown at 10:09 AM No comments: