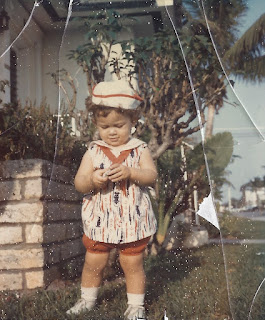 One of my high school ESL classes recently read the book New Kids in Town: Oral Histories of Immigrant Teens.  I've raved about this little paperback on an earlier post and perhaps you've already checked it out. If you haven't, please do - especially if you are an ESL teacher and/or have ELLs in your classroom or schools, which essentially includes all of you. It's a short read, leaving time for some constructive conversation. Last year, I read the book with one of my intermediate level ELLs at the high school and he enjoyed it very much.  This is an oldie but goodie, written back in the 1980s. It's no longer in print, but plenty used copies are available for a nominal cost, so I bought a few for my classroom library.

This year I wanted to the read the book with a group of high beginner/intermediate level high school ELLs. Instead of having all students read the entire book, I asked each student to read the story of a young person from their native country or from a country that's geographically close to theirs.  The group that read it represents six different countries and some of them had an exact match.  Students from Mexico, India and Dominican Republic each read about a teen from their country. My students from Guatemala, Turkey and Laos read about a teenager from El Salvador, Afghanistan and China, respectively. There was even a story about a young man from Cuba, which we read as a class and I made my own personal connections. Even though I didn't immigrate as a teen, I grew up hearing similar stories from my parents and other family members so I had lots to share as well.  After they read their story, they teamed up with a classmate for some comparing and contrasting.  They later created a Kahoot game with their partner and they each created a Fakebook page of their character. The Fakebook pages were really cool because they brought their imaginations to life as they were to find a photo of someone that looked like how they pictured their character to look like. Then they easily added other characters in the book as "friends" using their classmates' photo selections.  We had lots of fun with this little unit.  They each read one story independently and we read one story as a class, but with all the sharing we read almost the entire book.

The unit culminated with Show & Tell presentations consisting of their own immigration stories. They all did an amazing job and while they each represented a different country, their stories were strikingly similar.  All students agree that they are now glad they live here, but none of them moved willingly. All of them are longing to return for a visit, but all of them intend to remain in the U.S. permanently.  Some of them came after their parents and while some immigrated with their parents.   I must say that while no tears were shed, the mood in the classroom was very nostalgic. These students have been in the U.S. anywhere from six months to three years and they all greatly miss their homeland and friends. Some families were brought here by an employment opportunity while others came for the hope of obtaining employment, but they all came to the United States seeking a better life.

I felt very proud of my students-their improved speaking skills, their courage to openly share their stories and their willingness to listen and learn from one another. With this unit, they learned new vocabulary words, new reading strategies, new tech tools, but most of all they learned about one another and also themselves. These stories brought this group closer because despite the apparent differences they are essentially very much the same.

And aren't we all. No matter what your stance is on this country's current immigration policies, I hope you will not fail to recognize that this is a nation of immigrants.  Unless you are a full-blooded Native American, you are either an immigrant or a descendant of one.  Call it a melting pot, a stew or even a salad, we are all different, but we are so much better together.

Before my students presented, I shared my own immigration story. That picture up at the top - that was me at 17 months. It was the first photo I took after arriving in the United States.


#BestYearEver
Posted by Unknown at 9:07 PM